Design Concept “Evolution of the wheel and the resultant technological advancement”

Designed and created by Artisticks

The mural covers the InfoTech Park building in Chennai.

Let’s take a walk down the Memory Lane as we share memories from our Wall mural project.

We rarely realize that a mere phone call we receive could sometimes make a marked difference in our lives. On a mundane evening, we received a call from the Principal Architect Mr. ShivaShankar of Eskay Designs at Chennai. He is well-known for pushing the limits of the Artisticks’ team and making them work on creative concepts along with its implementation on a large scale. We were then, a moderately broad-based team working for leading architects in India.

An InfoTech park was then being developed on prime property on the outskirts of the city, where once the iconic Standard Motors had its core manufacturing facility. Mr. ShivaShankar, as a Designer, rarely chooses to provide a free hand to agencies he commissions on projects. We are now proud to say that we were one of those few teams under his deployment to be given an independent responsibility to design and execute creative solutions on his pet projects.

We had a twin challenge — identifying the subject and size of the wall mural. Being creative in the concept is miles away from conceiving a creative idea in the context of a huge backgrounder landscape, especially when the size would be in the order of 70’ width by 40’ height. The Metal wall mural would hence cover the entire face of the building. Conspicuous to note here is that more than 50′ space was left empty in front of the prime building, which provides a full view of the entire size of the mural, right from the entrance gate. Therefore, we were faced with a challenge to choose the best in size, subject, and the optimum placement of the mural, and thus it landed our team a big opportunity to display our creative abilities

Our team flung into action. After a series of discussions and brainstorming with the team and the Designer, we shortlisted the concept “Evolution of the wheel and the resultant technological advancement”. The concept acknowledges the legendary automobile entity on whose property the InfoTech Park was then built upon. The design was based on a theme featuring the various stages of evolution of the wheel which catalyzed the development of crank and the subsequent engineering and technological modules. All of these were represented with various two-dimensional images to make a wholesome conceptual design.

Both the Architect and the client were quite impressed with the design. We now had the challenge of executing the sheer size of the mural.

15 Handcrafted Mirrors That Will Make You Wonder

10 Main Door Design For Home From the House of Artisticks 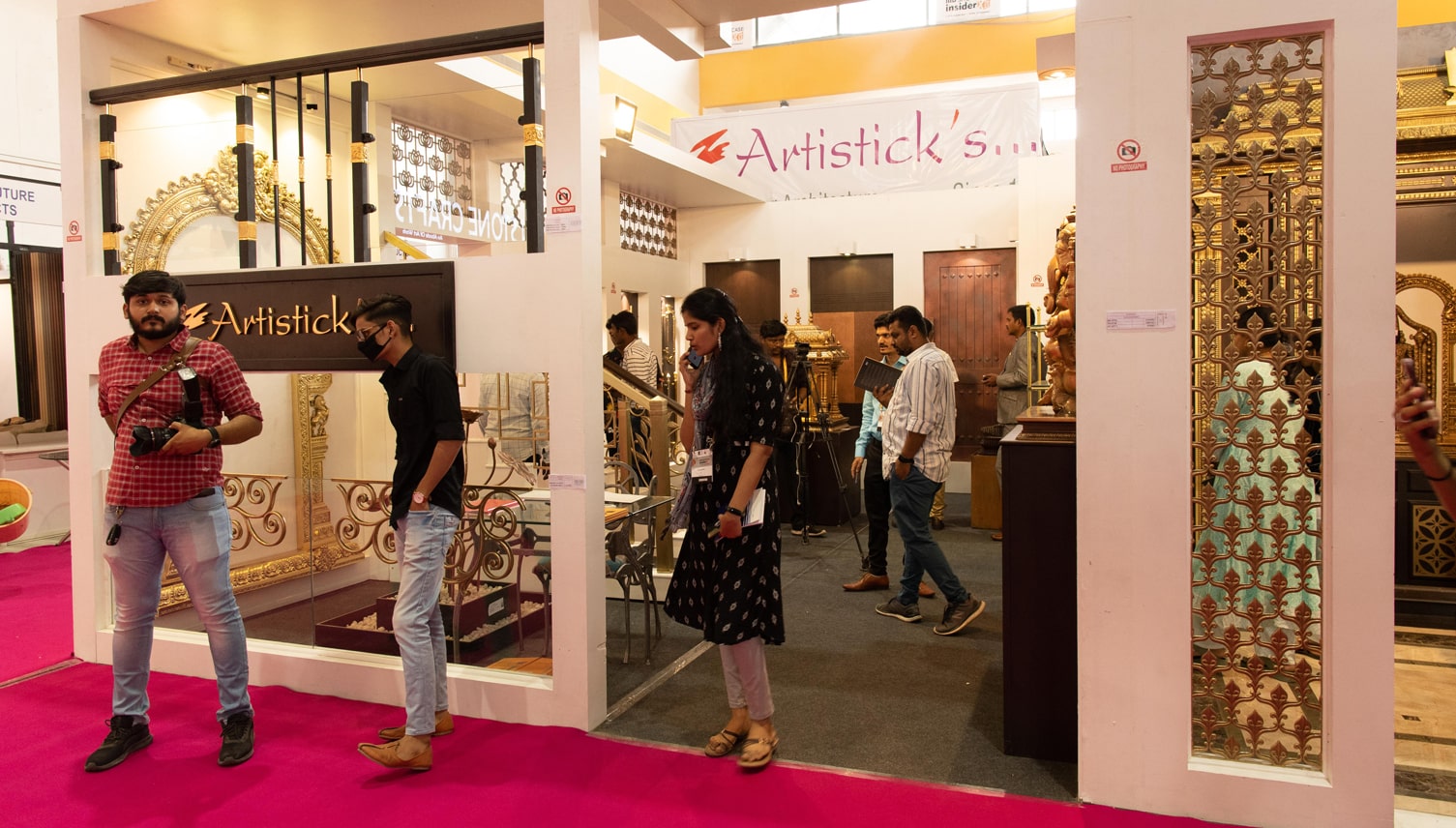